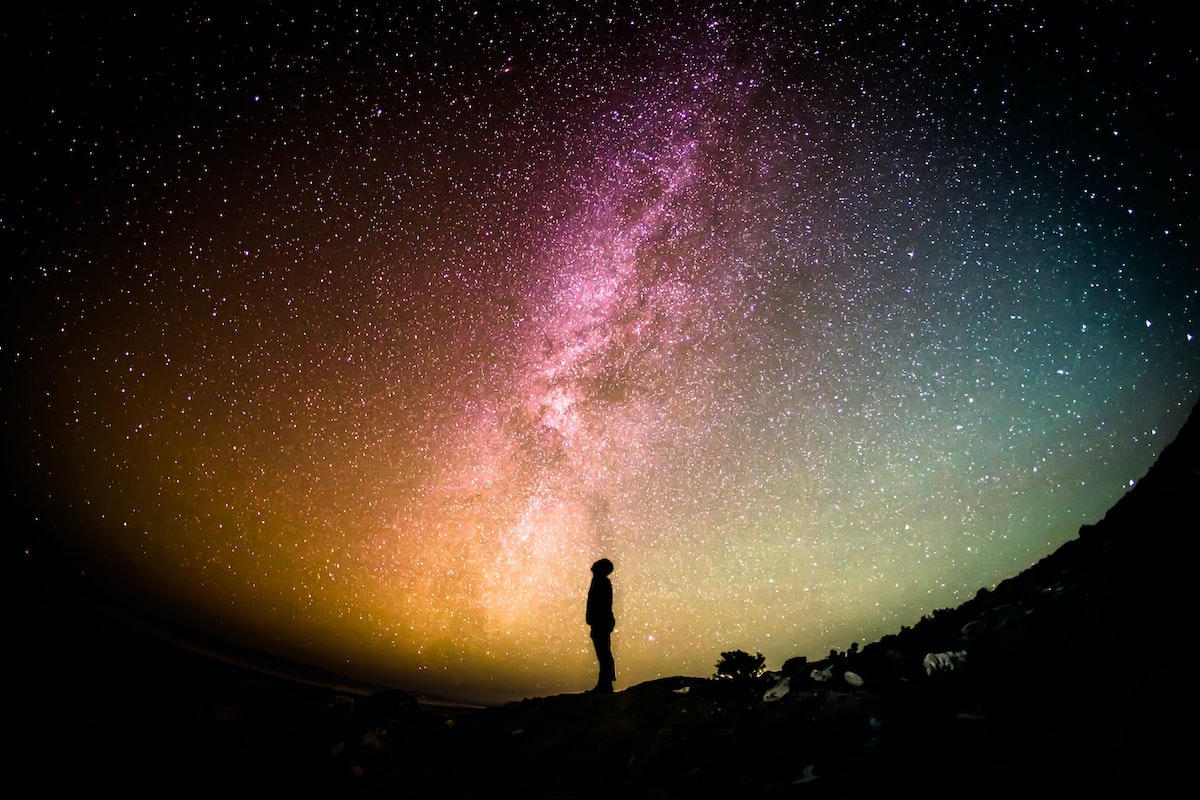 This guest article by Balajied Nongrum originally appeared on reasons.org

“In the beginning God created the heavens and the earth” (Genesis 1:1).

For Christians, these cherished words affirm that there was a beginning of the universe and that God created it. However, naturalists immediately raise an objection to this belief. They argue that the very claim of creation is false on the ground that its source is the Bible, and therefore lacks any scientific basis. They would further assert that science can discover natural mechanisms for how things work while creation appeals to a God who cannot be detected.

The Bible is not a science textbook. Nevertheless, it touches on subject matters that are of great interest to science, including the origin of the universe and the origin and complexity of life. The Bible teaches that God is the author of Scripture (one source of revelation) as well as nature (a second source); thus, implying that there are truths that can be obtained from both revelations. This affirmation leads to the conclusion that there should not be any conflict or contradiction between the two.

Physicist Arno Penzias, who won the Nobel Prize for discovering the cosmic microwave background radiation (leftover radiation from the universe’s beginning), seemed to support the biblical claim of creation after the breakthrough. He said,

“The best data we have are exactly what I would have predicted, had I nothing to go on but the five books of Moses, the Psalms and the Bible as a whole.”1

And philosopher J. P. Moreland, in his book, Scaling the Secular City responds to the “creation is false” objection by pointing out that the objection commits an informal logical fallacy called the “genetic fallacy.” In other words, the thrust of the argument is focused on the source of the claim, the Bible, rather than the claim itself—that is, the creation event. Secondly, he goes on to argue that the claim should be evaluated based on the evidence it offers for its validity and not just its source alone.2

If the biblical account is indeed true, then both Scripture and nature are two of God’s dynamic channels of self-disclosure.3 Both these revelations should ultimately converge and reveal the same truth since “all truth is God’s truth.”4

What truths do naturalism and biblical creation claim to know? How does each view account for the origin of life and of the universe?

Explaining the Complexity of Life

The Bible provides a reasonable account for the specified complexity seen in life. Psalm 139:13–16 declares that we are fearfully and wonderfully made by God. When we consider the microcosm of life in a cell, it testifies to the veracity of this claim. When we consider the complexity of information found in a cell and further examine its functions, we cannot help but compare it to machines that are designed by intelligent minds. Similarly, when we look at the complexity of life in general, we cannot help but conclude that this elegance would inevitably point us to an infinitely intelligent Mind.

Again, the naturalist may object and say that this biblical account of complexity is not a mechanism, thereby rendering it invalid. However, energy, time, and chance alone cannot produce the level of specified complexity that we observe. The additional inputs of intelligence and an ordering mechanism are needed to specify the information content. Thus, naturalism seems to fall short in explaining the complexity of life.

"However, energy, time, and chance alone cannot produce the level of specified complexity that we observe. The additional inputs of intelligence and an ordering mechanism are needed to specify the information content. Thus, naturalism seems to fall short in explaining the complexity of life."

Explaining the Origin of the Universe

The word “creation,” as used in the Bible, connotes the dynamic relationship that God (the Creator) has with his creation. He has created with purpose. This is different from the scientific usage of the word “mechanism,” which, from a scientific point of view, deals only with how the universe runs and does not deal with questions regarding its purpose. It only affirms that the primary cause is outside the space-time domain.

Hebrews 11:3 declares that “the universe was formed at God’s command, so that what is seen was not made out of what was visible.” This verse points out that the Creator, who is the primary cause for the cosmos, is “outside” the cosmos. Forms of multiverse theory seek to find causes of the universe from outside the cosmos, but such efforts are not testable by definition. If we look for causes inside the universe, we can find only secondary or efficient causes. In this sense, science can never prove nor disprove the existence of God, the primary cause.

In his book, Science’s Blind Spot: The Unseen Religion of Scientific Naturalism, Cornelius Hunter explains that the historical relationship between science and the Bible has been, in many ways, inaccurately portrayed. For instance, on the one hand, he explains that Darwin’s theory is seen as a great scientific achievement that helped overcome ignorant beliefs that are theological in nature. On the other hand, scientific ideas that are motivated by particular theological arguments are being ignored outright.5 He also exposes the prevailing biased attitude of the naturalist in viewing science strictly from the naturalistic framework, thus resulting in a blind spot. This framework, unfortunately, is arrived at not by the empirical evidence but by fiat. He then concludes by saying,

“This is metaphysical certainty, not scientific certainty.”6

Naturalists seem to indulge in theological and metaphysical speculations under the pretext of scientific evidentialism but deny the theist the right to postulate the existence of God or biblical creation. On the basis of empirical evidence and common sense, they label such approaches as purely nonscientific and irrelevant. But to restrict the method of scientific investigation to naturalism alone is to commit the logical fallacy of arguing in a circle; that is, assuming the very thing that one is trying to establish.7

"Naturalists seem to indulge in theological and metaphysical speculations under the pretext of scientific evidentialism but deny the theist the right to postulate the existence of God or biblical creation."

Does Science Have Limits?

Can science alone lead us to the truth about nature or does science have limits? Chemist Peter Atkins argues, “There is no reason to suppose that science cannot deal with every aspect of existence.”8 If this were true, then many academic disciplines such as philosophy and literature would be obsolete because they do not fall under the domain of science. However, it is important to recognize that science answers the “what” of life but it cannot answer the “why” of life. Science works in the domain of natural or physical cause and effect but does not give an answer for the purpose of all existence. Nevertheless, many naturalists think that all the realities in this physical world will be explained in terms of mechanisms and God will be less and less relevant.9

However, mechanisms are not everything. The naturalist believes that just because he can understand the mechanisms of life, he is justified in concluding that biblical creation is false and that there is no God because science cannot detect God in nature. This reasoning commits a logical error that confuses mechanism with agency. One can independently understand the working of any machine, but in order to have a comprehensive understanding of the purpose for “why” it was made, one would need to ask the engineer or the agent.

Biologist and writer Sir Peter Medawar provides ample reason for humility when he says, “The existence of a limit to science is, however, made clear by its inability to answer childlike elementary questions having to do with first and last things—questions such as: ‘How did everything begin?’; ‘What are we all here for?’; ‘What is the point of living?’”10 It is clear that answers to such questions are beyond the scope of science but are fully explained in the pages of Scripture.

Balajied Nongrum currently serves as the lead consultant of research and apologetics for Reasons to Believe Asia-Pacific (RTB A-Pac). He holds a bachelor’s degree in veterinary science from the Acharya N. G. Ranga Agricultural University, Hyderabad. After completing his master’s degree in philosophy and religion, he went on to pursue a second master’s in science and religion from Biola University, USA. Balajied and his wife, Coniefer, make their home in the beautiful hill-station of Shillong with their son, Jedidiah.