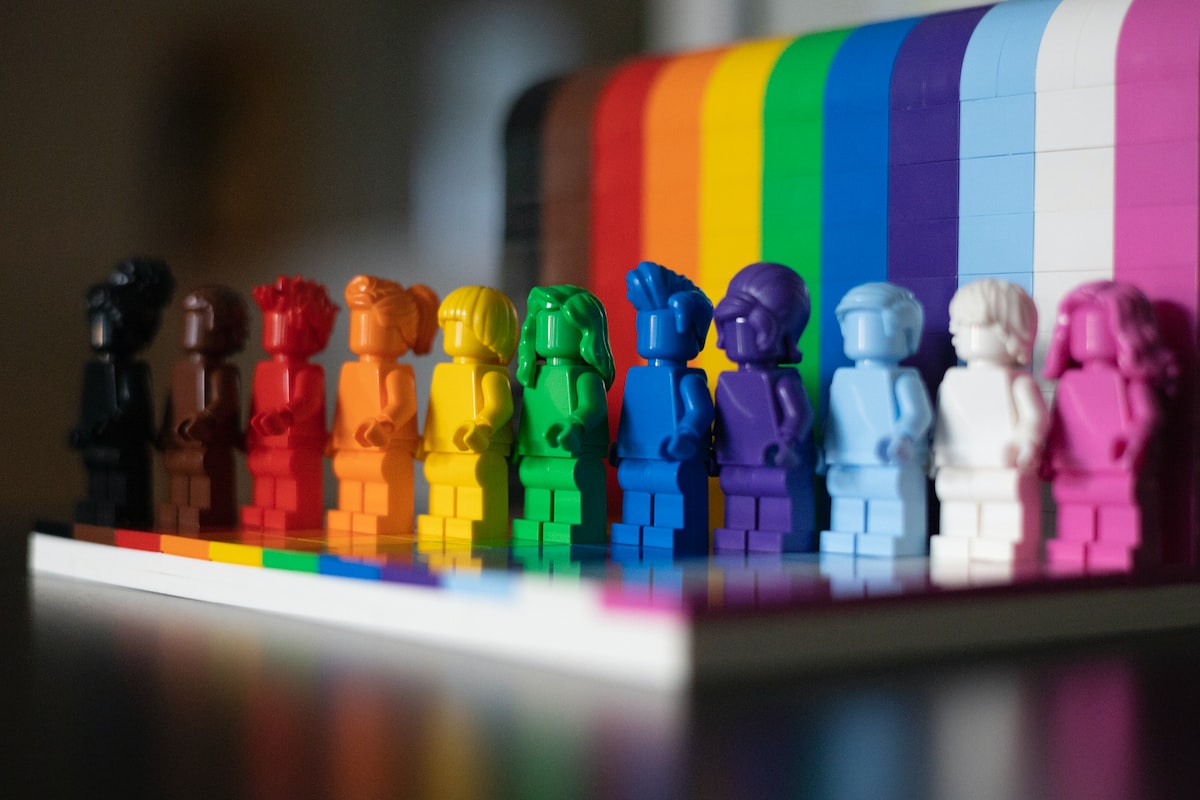 The Christian Response to Homosexuality - Part 2

This is a guest article by Charles Premkumar Joseph

Those that read our "The Christian Response to Homosexuality - Part 1" would be aware that we are following a 3-pronged approach to arrive at a Christian response to this cultural milieu that we are engaging with today.

For context and continuity the 3 key components of this approach are - (i) bridging the knowledge gap, (ii) deepening our understanding and (iii) working the angles of wisdom.

Having partially but truthfully attempted at covering the knowledge gap at the popular level, we now move on to an attempt at understanding.

Goethe is famous to have said, “everyone hears only what he understands”. This couldn’t be truer as we attempt to respond to the issue of homosexuality. Understanding has always been a rare virtue. The Bible has a lot to teach us on the virtue of understanding. If we are to help someone from this community, the primary thing to work towards seems to be to try and understand the issue at hand:

"The simple takes no pleasure in understanding, but only in airing his opinion" (Proverbs 18:2).

What are we missing?

All emotionally charged discourses and debates have the danger of missing out on a whole lot - on both sides! Therefore, this is a step-back rational attempt to get to the bottom of things from a variety of angles - social, cultural, emotional, psychological, behavioural, political, etc. A thorough in-depth study into all these crucial caveats is beyond the scope of this popular-level piece and so we'd be touching on a few that are immediately relevant and easy to appreciate.

Let's examine these one by one and see where it takes us!

Needless to say the issue of same-sex attraction is a complex issue. However there is an over-simplification of this at the popular levels. The entire discourse seems to be majoring on two key tenets - "I'm born this way" (biology) and "it's my life" (autonomy). All the rest predominantly appear to be offshoots of these!

That brings us to the next important facet that needs to be understood. There's a lot of confusion surrounding this issue. While some think it's complex, others assume it's simple. Some think it's nature, others that it's nurture. Many that argued, "I'm made this way" are finding more recent narratives of fluidity in sexual orientation and gender identity - sometimes convenient and at other times conflicting and confusing.

The place where all this reaches a painful crescendo is when we attempt to understand the gender non-conforming people (transgenders) within this community. While the deciding question that drives and differentiates the rest of the members of the LGBQIA+ community is; "who do I want to go to bed with?" (sexual orientation/preference), the members of the trans-gendered sub-group are asking: "who do I want to go to bed as?"! A question of identity. A question that stems from a lack of clarity, a question that is a constant confusion in their hearts and minds.

There are several anecdotes of sex-reassignment surgeries that in retrospect now are extremely damaging to the individuals involved, so much so that there is a rise of such 'in-retrospect' testimonies doing the rounds on social-media and documentaries.

Unsettled questions of identity can be most devastating for anyone. The question of "who am I?" is one of the big four that philosophers down the centuries have tried to attempt at cracking. Am I Charles? Am I a Physical Therapist/Apologist? Am I a South Indian? Yes, I'm ALL of that - yet, I am NOT any of that! I'm more. Not a mere name, with a lineage and a career, social standing or ethnicity. I'm more! So, who am I?

A false grounding of our identity and an undue emphasis or affiliation to our so-called identity markers can do us more damage in the long run. Sadly, here we see that the all encompassing idea of identity is forced into a small facet called sexuality and an attempt at meaning, purpose and significance seems to be rooted in that 'fluid' framework!

Clearly all this is leading one into a bubble of insecurity.

All of us made in God's image, carry the wonderful capability and desire for relationality. We desire to be loved and we thrive maximally when we have the opportunity to express our love too. This is because our Maker is essentially love. The unique tri-unity in the personhood of God makes this relationality within the God-head a reality!

The people in the LGBTQIA+ community sense, a heightened level of alienation and rejection. This is clearly hard to process amidst their ongoing quest for identity and that, in the wrong places (esp. sexuality). All this leaves them seeking for affirmation, acceptance and belonging. This has resulted in the movement that we see today - a championing-of-sorts for  'rights' and 'safe places' where they could be protected from suffering further hurt or rejection.  Oftentimes, this finds release as push-backs, propaganda and protests.

Another crucial piece in this discourse that we (both the LGBT community and the non-LGBT) so often tend to ignore is that we all are part of this fallen world! We are all fallen people. We all are sexually broken! We are all on the same large broken boat, perhaps on different decks. So all of us primarily need the Saviour! This understanding is crucial in sensibly and sensitively navigating through and engaging with the LGBTQIA+ community, with truth and grace. Seeing ourselves along with them as needy recipients of grace and mercy. Needy for true identity. Needy for true restoration!

Else, we risk being perceived as high-handed christian hypocrites, screaming down at those that don't seem to realize their need for the Saviour and chasing them away from Him as far away as our hypocrisy could drive them!

The LGBTQIA+ community doesn't have many deep thinking, understanding, sensitive and sensible role-models that they see in Christians to introduce them to Christ Jesus! In the words of Christopher Yuan, a former gay and now a transformed teaching faculty at the Moody Bible Institute, “most see Christians as anti-homosexual, not anti-homosexuality.” This is a comment that we need to take seriously if we desire to be winsome witnesses to Christ's transforming power in their lives! Most see us as Bible-bashing bigots and would do anything to dismiss us and stay as far away from us as possible.

There are several titles of Jesus that we are familiar with. One character trait of Jesus - God, is His approachability. Zacchaeus the greedy, unethical, oppressive and loathsome tax collector, the Samaritan woman of ill-repute at the well, the adulteress caught in the very act, the abominable who anointed his feet with her tears - were not running away from the "Holy of Holies" but were drawn to him and his words. Words of life. Words of grace, proportioned with truth. The mysterious marriage of truth and grace that's captivating, comforting and convicting all at once! We all struggle with this and we often get it wrong!

We are either too gracious and comforting to the extent that it borders on condoning the LGBTQIA+ lifestyle. Or we are too truthful and clobber people leaving them bruised and battered beyond 'redemption'!

Jesus was a champion at marrying truth and grace and so should we be! As we dig deeper into his approach a startling pattern that we've perhaps missed seems to emerge. We see that he was one who never pulled back a punch when he had to deal with the puffed up ones who claimed that they knew God but had no signs of it. However, when he dealt with ones that didn't have access to or knowledge of truth - the poor in spirit, those feeling 'inadequate' about themselves, he always extended grace and then seasoned it with truth, in time after triggering transformation.

We, as his disciples need to understand and discern to be effective ambassadors of Truth personified, Jesus Christ - the identity-giver, the redeemer, the restorer, the transformer, the one who makes all things new!

May God give us all the discernment we need!

Charles Premkumar Joseph earned a post-professional masters in cardiopulmonary physical therapy from the Christian Medical College and Hospital in Vellore, India, where he then served as clinician, lecturer, and researcher. Curious to explore and understand mind-body interactions, he went on to complete a masters in psychology as well. His passion for rehabilitating the soul in addition to the body and mind led him to join RZIM as a writer and itinerant speaker. Motivated by a desire to understand the spirit/soul aspects of personhood, he pursues a Master's in Christian Apologetics from Talbot School of Theology at Biola University. Charles hopes to someday pursue doctoral studies integrating all of his body-mind-spirit learnings.

To understand we ought to know. Oftentimes, we don’t know the ABC of LGBT but have arrived at conclusions and are busy giving recommendations. There is a huge knowledge gap that we could be guilty of if we haven’t done the first thing in learning about this issue.
Along with the eunuchs (asexual), the inter-sexed are the only population that could say “I’m born this way.”
For the 'sexually disadvantaged' (asexual) the Scriptures have comfort and justice.