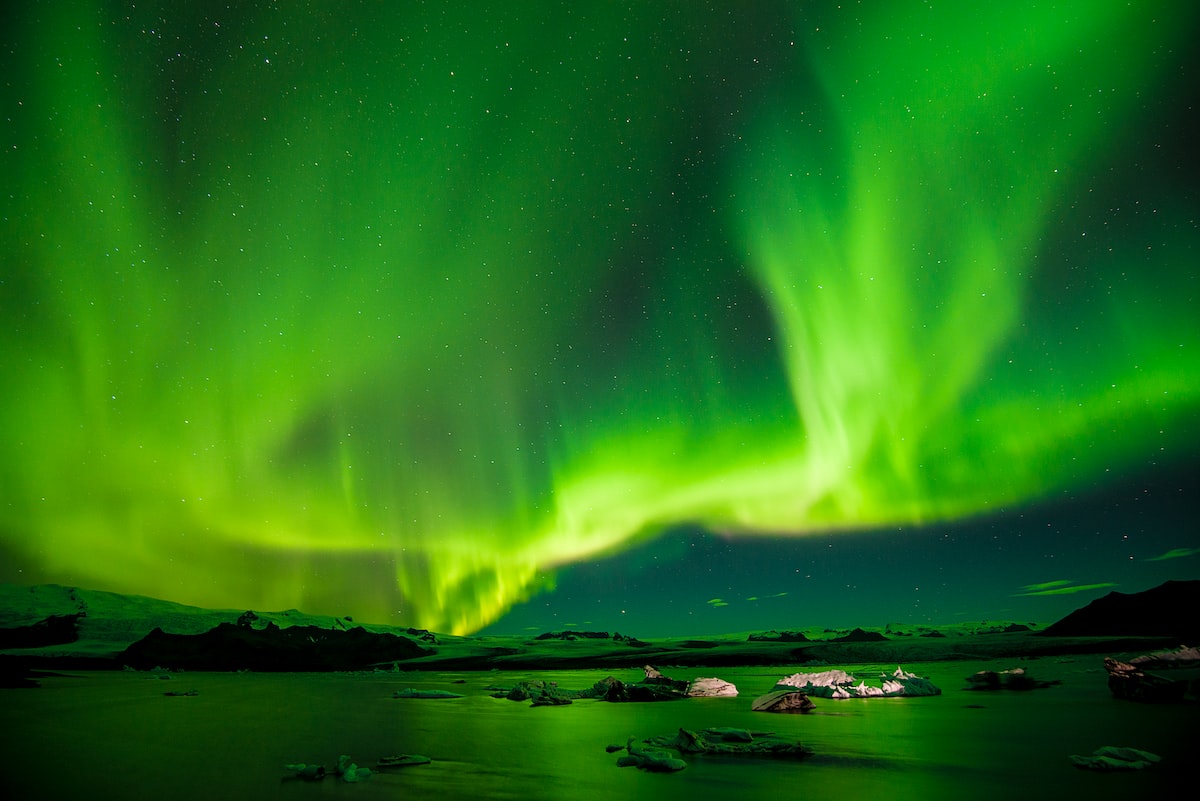 Is Beauty Actually the Most Powerful Argument for God?

This is a guest article by Alan Rozario

The teleological argument (or, the design argument) holds, in a broad and intuitive sense, that given the ordered beauty of the world, its delicate arrangement of parts, and its suitability as a habitation for humans and other forms of life, we can legitimately infer that our world is the work of some supernatural designer. Historically, presentations of the design argument have tended to focus our attention on the world's orderliness (i.e., its being subject to natural laws which do not change, and so on). Various versions of the design argument examine everything from the world's orderliness to the need for a divine designer to order it. However, the design argument can also be presented in another, less commonly considered version that focuses on the world's beauty and argues that natural beauty is a clear indication that the world was created with conscious intention and design. To make a very rough first approximation, if nature is beautiful in the same way that art is, and if art requires an artist to make it beautiful, then perhaps nature needs an artist. This is known as the theistic argument from beauty.

A number of philosophers and philosophical theologians have defended this beauty-based variant of the design argument. Suggestions of it can be found in the famous “ascent passage” of Plato’s Symposium (210a–212c), as well as in the Confessions of Saint Augustine, and more recently, F. R. Tennant, Peter Forrest, Mark Wynn, and Richard Swinburne have all defended various versions of it. For example, Forrest claims that if he “had to choose one feature of the universe that most clearly supports theism, it would have to be the beauty of things rather than the suitability of the universe for life.”1 Explaining and elaborating this thought, Forrest insists that the argument from beauty has four distinct advantages over the usual design arguments:

“The first is that [beauty] is harder to understand in naturalistic terms than is the suitability of the universe for life. The second is that ..… beauty is best understood as the result of divine generosity, and like all the best gifts, its enjoyment is an end, not a means. This supports belief in anthropic theism rather than ananthropic theism. The third is that a sense of the beauty of creation acts as a counterweight to the emotional impact of suffering and malice, which, as I concede, provide prima facie grounds for atheism even after the undermining of all articulate formulations of the argument from evil. Finally the theocentric understanding of beauty results in the emotional responses of both awe and gratitude, which is important because religious faith is widely granted to involve the emotions as well as the intellect.” 2

Thus, we seem to have a prima facie case for thinking that the argument from beauty deserves more careful consideration than it has generally received. If Forrest is correct, the argument from beauty may even be stronger than the standard design argument that focuses on orderliness instead. Here, I will be examining this argument and presenting it in the simplest form possible.

Theocentric understanding of beauty results in ... both awe and gratitude

Relationship between God’s existence and evidence

Before we get to the argument from beauty, it is important to know how anything can be evidence for God’s existence. What evidence would support God's existence would depend on what follows from the fact that God exists, i.e., what actions God is likely to perform. We could derive them from God’s nature. Let's take an example to understand that. Suppose I have a friend at college who is very outspoken about personal hygiene and cleanliness, I form the hypothesis that he keeps his personal space spick and span all the time. Now one day I decide to visit his house. I would expect his room to be well tidied up. If I find it as such on reaching his house, it gives support to my initial hypothesis. Therefore, I can derive what evidence to expect from my hypothesis about the actions my friend is likely to take. So what is the God hypothesis? What evidence should we expect if it is true?

God is traditionally defined as a non-embodied agent who is necessarily eternal, all-powerful, all-knowing and perfectly good. An all-powerful God can perform any action that is logically possible. That, however, says nothing about the actions God is likely to perform. However, God, being perfectly good, would only perform the best actions or the best kinds of actions (if there are any) or one among equally good actions (if no best action exists). Now, this gives us some idea about the kinds of actions God would perform. Richard Swinburne explains in Chapter 6 of his book "The Existence of God" the kind of worlds we should expect if God did exist.

God, being perfectly good, would choose to increase the goodness in the world. This is affirmed by a principle that Aquinas often invokes and sometimes attributes to Dionysius, that "goodness is by its very nature diffusive of itself and (thereby) of being". It is always better to create a beautiful state of affairs as opposed to one that isn’t. Therefore, if God exists, we would expect God’s actions to often result in a state of affairs that has aesthetic value. We would also expect God to create other beings (which in itself is valuable) that are able to appreciate beauty and also take part in creating objects of beauty. Unguided natural causes that are indifferent to beauty or any other type of value would not necessarily lead to beauty of any kind or cause beings that are attuned to beauty.

Argument from beauty in nature:

I will concentrate on natural beauty in support of God's existence here. Mark Wynn defends an argument from F. R. Tennant. It takes the form of a sort of reductio:

The argument is pretty straightforward. When we see a beautiful piece of art, whether it be a painting, sculpture, musical composition, literature, etc., we infer that an agent with artistic intent has created it.

Another example to contrast with artistic intent is Jackson Pollock paintings.

Jackson Pollock paintings represent visual beauty in an abstract sort of sense. It doesn’t mirror anything in nature but nonetheless exhibits a beautiful structure. The interesting difference between genuine Jackson Pollock paintings and fake ones is that the genuine ones have a fractal character when you zoom in. They have the same structure as you would have overall. This level of detail will not be found in fakes since most people producing fakes don’t have the patience to spend multiple months dripping paint and the artistic judgement to know how much to drip and when to stop.

Thus it is clear that it is possible to draw a distinction between genuine works of art and replicas, and therefore attributing objects of beauty to accidental processes or even unskilled agents would be against common sense. This first premise is the basic principle that drives the argument.

The empirical premise here is the claim that nature is uniformly beautiful. As Swinburne exclaims: “Poets and painters and ordinary men down the centuries have long admired the beauty of the orderly procession of the heavenly bodies, the scattering of the galaxies through the heavens (in some ways random, in some ways orderly), and the rocks, sea, and wind interacting on earth, ‘The spacious firmament on high, and all the blue ethereal sky’, the water lapping against ‘the old eternal rocks’, and the plants of the jungle and of temperate climates, contrasting with the desert and the Arctic wastes. Who in his senses would deny that here is beauty in abundance?”4

Let’s take a look at a few examples of beauty we find in nature.

Beauty in nature ranges from outer space to the microscopic level. Objects of beauty are found uniformly across nature. Therefore, we infer that nature is a result of artistic intent.

Unguided natural forces and God are competing explanations for the existence of the natural world. Swinburne argues: “God has reason to create a beautiful inanimate world—that is, a beautiful physical universe. Whatever God creates will be a good product; and so any physical universe that he creates will be beautiful, as are humans and animals. Consider the stars and planets moving in orderly ways, and plants growing from seed into colourful flowers and reproducing themselves. Even if no one apart from God himself sees such a world, it is good that it exists. And maybe the kind of beauty that it exemplifies is different from that of finite beings, or of God himself. But I do not find it obvious that it exemplifies in respect of its beauty a kind of goodness not possessed by God himself or possessable by creatures of other kinds, or that it possesses any other kind of goodness peculiar to the inanimate.”5

Therefore, the God hypothesis has great explanatory power over unguided natural causes. God being a simple hypothesis that postulates one person with maximal power, knowledge, and goodness, having the power to create and the knowledge required for aesthetic judgement is a better explanation for the beauty that exists in nature as opposed to natural forces that are indifferent to aesthetics.

It has to be noted that proponents of the argument from beauty do not deny that natural causes are involved in the shaping of the physical universe. Natural causes are only the mechanism by which the artistic intent is implemented. It can be thought of as an artist working on creating a digital painting on a computer. You could describe the internal functions of the computer that happen during the design process. But the complete explanation of the digital painting (and its beauty as well) involves the artist and his intention to create the specific piece of digital art. Therefore, natural causes by themselves do not explain why the universe contains uniform beauty.

To deny the existence of beauty in nature would be to go against our deepest intuitions. We have also seen why it gives evidential weight to God’s existence. We might wonder why the argument from beauty isn’t very popular then, or we might have already thought about various objections to the argument. I believe that the strength of the argument comes out only once you examine the objections. We’ll get into that in the next part.

Alan Rozario is an IT professional hailing from Alleppy, Kerala. He developed interest in apologetics during his college days. His areas of interest include arguments for and against the existence of God.

Hence, implying that our discussions or preaching must not reach to a point where gentleness is lost. Truth may be sewed into the heart of a person instead of ripping their heart apart from sword of truth.
Many think they can revolutionize life and usher in a new era of happiness by removing God and focusing on merely what the self wants. YOLO is one such outcry. But not all ponder upon what it means for us to kill God.